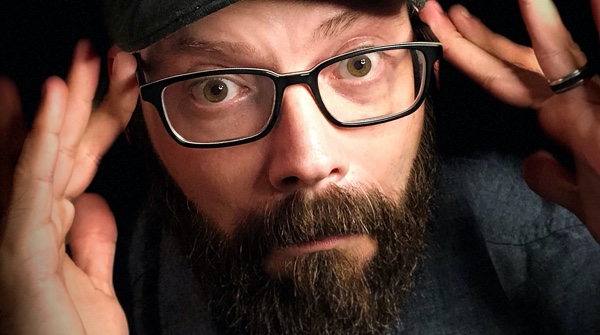 My professional career started in 2006 as an intern for an advertising agency in Columbus, Ohio. After graduating from the Columbus College of Art & Design in 2007, I was hired as a graphic designer for the award-winning global retail design firm FITCH. After my time there, I co-founded a small but successful digital design studio, called Greenline Creative, with my wife Julie. She now runs that company full-time, and I play the role of advisor. Since creating Greenline Creative, I've spoken at colleges, conferences, and various design events. I've worked in early-stage startups as well as helped grow the remote-first unicorn known as InVision through various stages. I've even launched and sold a few online startups of my own. I have won “Logo of the Day”, and have been recognized by Web Designer Magazine as “a rising star in Web and Digital Design.”

During my career, I've been privileged to design and create brands for companies like Target, Walmart, Dick's Sporting Goods, NFL, Ohio State University, and Select Comfort. I've taken what I've learned from partnering with those brands and use it to influence how I work with hundreds of small to mid-sized businesses all over the world—most recently, Vercel.

Do you want to keep updated on the books I'm reading, video's I'm watching, project I'm working on and things that inspire me?
View My Slabb

Are you interested in having me as a guest on your podcast, or as a speaker at your event, webinar? Get in touch.

I've been recognized by the following...

You have values And so do i.

My professional career started in 2006 as an intern for an advertising agency in Columbus, Ohio. After graduating from the Columbus College of Art & Design in 2007.

Being curious allows me to observe, see things differently and be experimental. It keeps me open-minded to exploring all possible solutions available in order to solve unique problems and challenges.

Although speed is often crucial to most businesses, I try to balance that with being thoughtful and intelligent with how I work. That could mean I need to move swiftly on a solution, but that could also mean slow down to move faster.

The core of a great story often begins with the strength of authenticity. I love reaching deep into my work to build authentic solutions for the characters who are a part of them. This depth allows us to avoid the cliche.

The best solutions are not created in a silo. They come from deep collaboration and respecting all ideas — no matter who and where they come from. No matter the seniority or background of the individual who brings the concept to the table.

Business and our customers are constantly adapting. Therefore, we should create solutions that begin with the end in mind but are flexible enough to adjust whenever needed. This is why I value iterating towards greatness vs. investing all in at the start.

As they say, clear is kind. The power of being transparent in communication, getting to a no/yes fast or simply asking more questions to understand the problem more is crucial to me. In a world where we have so much noise, I appreciate clarity in my work and in my relationships both at home and at work.

Listen first, react second. Knowing the impact of our solutions on those who interact with them regularly is very important. We must work hard to understand and get to know others' perspectives along the journey, walk in their shoes, dive into their holes. Empathy is critical to change management and ensuring our solutions land with our customers and adopted by those interacting with them.

We can do a lot in today's modern world. However, are we doing the right things? I value iteration, speed, agility, and a good pivot. However, we also must respect the data and power of roadmaps. Staying focussed on a vision for a set period of time allows us to combine data with intuition and creative thinking to truly determine whether or not we need to change course or if we just got distracted by another exciting possibility.